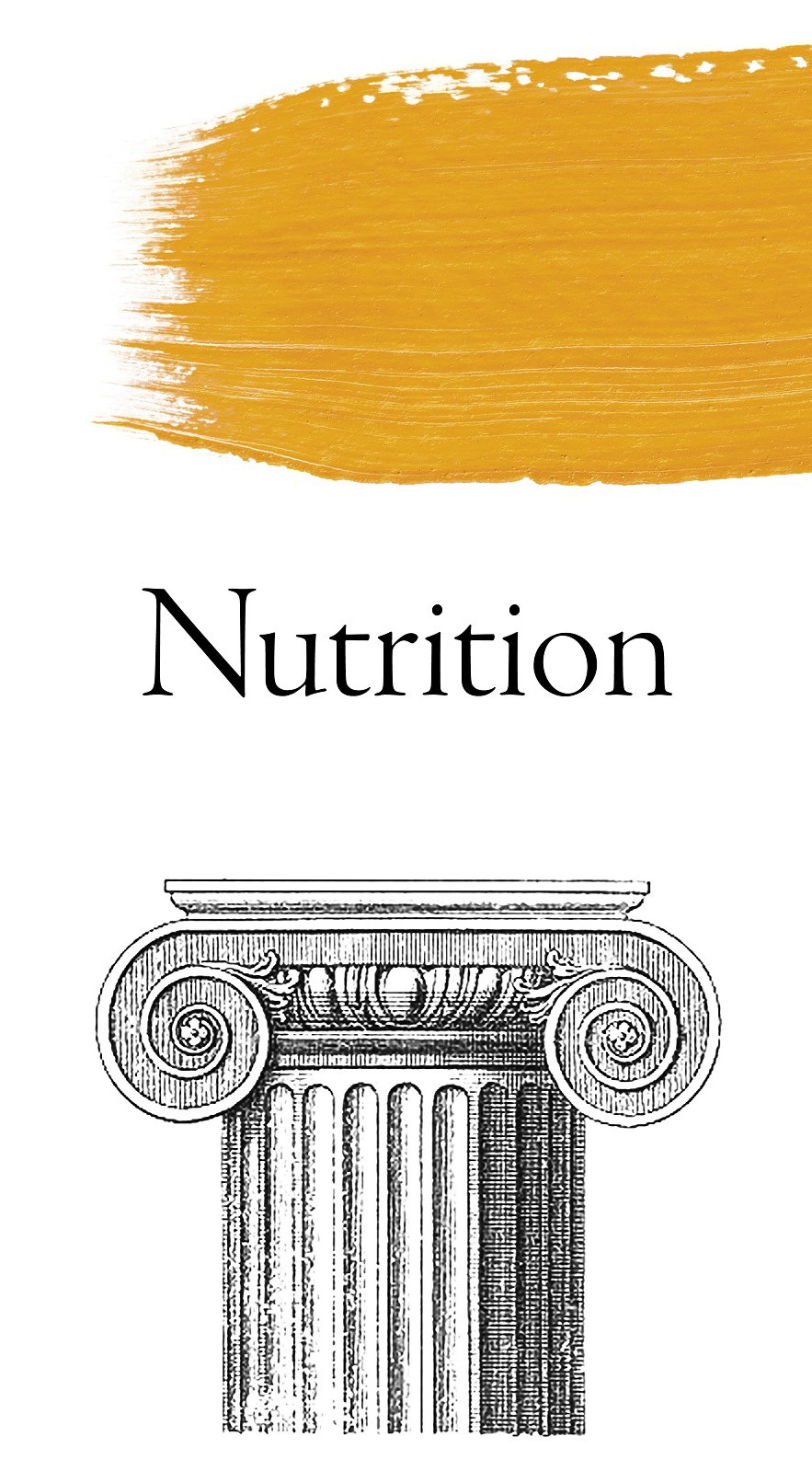 Nutrition had always played a central role in medicine. Beginning with Hippocrates, food has been used with many therapeutic purposes and according to different theories. Hippocrates himself saw the cause of most diseases in an unhealthy climate or in challenging weather conditions. For him, the purpose of nutrition was to counterbalance these unhealthy influences.[1] Since the Hippocratic times many fashions came and went. Today there is an emphasis on superfood (food with a lot of nutrients) or on brain food (food influencing brain metabolism and function). However, the major problem with food is much more fundamental.

Too Little and Too Bad

During most of human history there had been just a lack of food. This is especially true for the more Northern countries in the temperate zones where nothing grows for months. During Winter and Spring people often starved or had little to eat. But it was not only the lack of food that ruined their health. The lack of food quality was equally harmful. The nutrition of most people was very monotonous. Flour was consumed in different forms, several times a day, mostly as soup or as bread. Bread soup, milk soup or beer soup was the usual breakfast, but also eaten at noon. In certain regions this alternated with cabbage soup or, in later centuries, with potato soup. With the advance of technology, the flour was better ground and turned from full grain into white flour, something that diminished the quality of food even more. One of the myths has it that the most important achievement of the French Revolution was that the normal people could now eat ever day a Baguette. 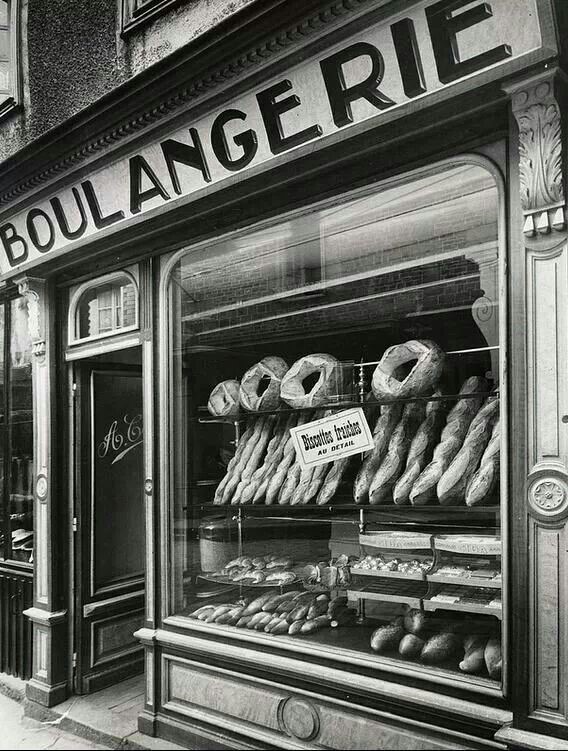 As soon as sugar entered the market it sweetened everyday life.[2] Bread with fat and sugar was regarded as a good meal for children. Already in the 18th century coffee became affordable and replaced the morning soup. Alcohol, mostly beer, was consumed in big quantities and was also given to children. The notorious beer soup was common until well into the 20th century. It was a terribly poor diet. One of the exceptions was the English porridge, a healthy island in an ocean of low-grade nutrition. It had been said that the British empire was built on porridge. 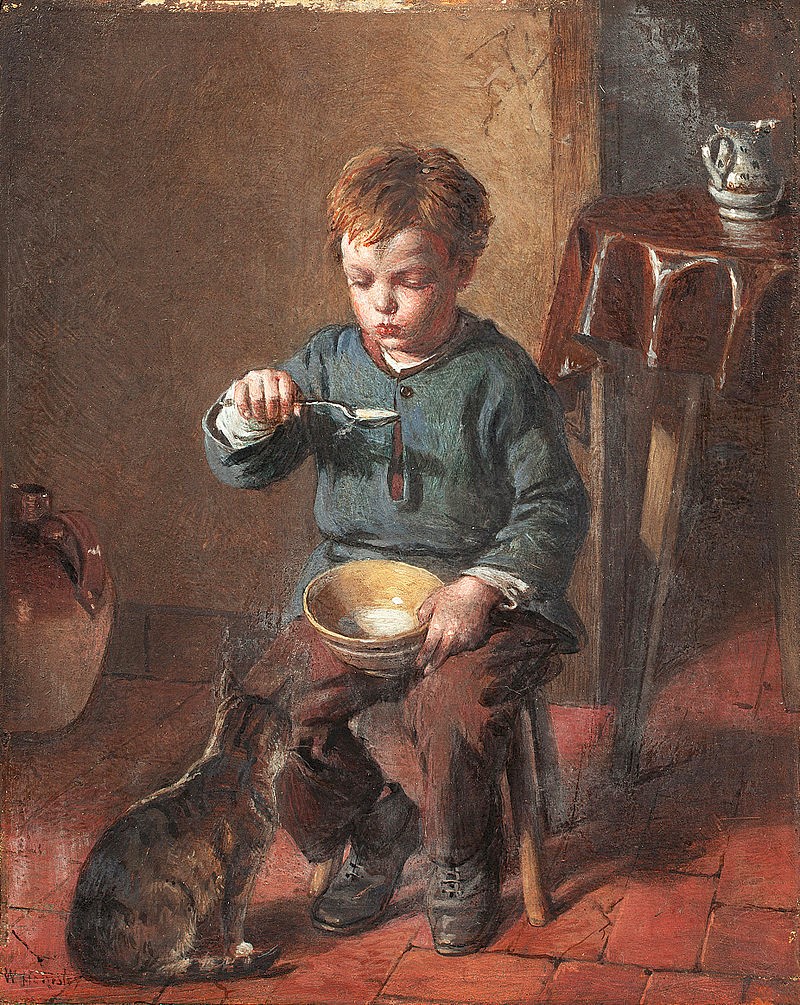 People who could afford more expensive food ate differently. Their nutrition consisted of meat, meat, and meat.[3] It was no wonder that gout was very common and probably everybody was constipated. The clyster and the laxatives belonged to the major medical treatments.

Different was the situation in the Mediterranean countries. They had a rich, diversified nutrition. Life expectation in Greece and especially in Crete had been the highest in Europe.[4] Some attribute this to the olive oil, others to the diversity of food, others even to the lifestyle of the people.[5]

But the reality of Greek villages was that there was little to eat. Food was not only scarce, but people also even fasted several times a year. Today we know that calorie restriction is the best precondition for longevity,[6] a fact contradicting common sense.

Villagers became experts in eating whatever is eatable. They cooked thistles for three or more times until they lost their bitterness and hardness. To gather wild greens (chorta) had been an art, only a few still know. An in chorta experienced woman told me that it is impossible to starve in Crete. There are so many things that nature provides all year long. You just need the knowledge. But gathering chorta is time consuming, one had to work a lot and it does not have the calories of a pizza (the density of energy). In short, it was very healthy to live from chorta.

Nutrition was simple. It was little. It had a wide range of mostly plant-based edibles. The Mediterranean diet shows that a heathy nutrition functions very differently from what most dietologists and nutritionists believe with their obsession with proteins, vitamins, and other nutrients.

The Mediterranean diet is regarded by the UNESCO as intangible cultural heritage. With all justification one might say that it belongs to the healthiest and the tastiest forms of nutrition in the world.

Too Much and Too Bad

During the last decades, there had been a major change of eating habits in nearly all countries of the world. The Mediterranean diet became a fashion in Northern countries. We have now the absurd situation that most Mediterranean countries have a high caloric nutrition of little quality that strikingly resembles the bad nutrition of the former times in Northern Europe. Food has become too much and too bad. Looking at the map of obesity we find the strongholds around the Mediterranean, especially in children and adolescents.

Moreover, food does no longer play a major role in medical treatments. The few attempts of dietologists and gastroenterologists are frequently insufficient or fundamentally wrong. Too often people with food related diseases end up with daily meals of chicken, rice, and potatoes.

Even more scary is that the natural relation to food is lost. People no longer know what it means to be hungry or to be saturated. They eat out of routine. They are on diet or struggle in other ways with the daily food.  Already children do not eat what they are served but prefer what the supermarket provides. It is a complex process of nutritional, psychological, social, commercial, and political factors that led to this unfortunate situation.

This is the sad frame in which counselling takes place. That is, in counselling we should not be concerned too much whether there is more ω-3 or more ω-6 fatty acids in the nutrition[7] or with other subtleties. First, we must get the basics right.

We might subsume the problem with today’s nutrition into a few headings. Any other aspect comes later. Nutrition today consists of

The consequences of such a diet for the health is frightening.

What can be done?

There are thousands and thousands of articles and books trying to solve this riddle. Yet everybody, every family must find a different, an own solution. Of course, there are certain guidelines. As for all guidelines, they should be used as a reference point, or even better, as a starting point to improve the own health and the health of the loved ones.

Official guidelines differ. This is necessarily so. Every point of a guideline has many meanings and many ramifications that cannot be explained in one phrase. Therefore, guidelines differ in their emphasis and might even contain controversial points.

The short guidelines of the American CDC (Centres for Disease Control and Prevention) are very much concerned with calories and weight. The whole guidelines provide the scientific background and are some 150 pages long.

The advice of the WHO is concerned with sugar, salt, energy and nutrients. It is somehow complicated. Although the WHO tries to explain these guidelines, things are rather confused. These guidelines are difficult to start with.

The British National Health Service (NHS) has an 8 point list with an detailed explanation. In my opinion it has a wrong emphasis and misses central points. Moreover, it includes the very controversial topic of breakfast in its list.

The National Dietary Guidelines of Greece for children and adolescents are comprehensive.

It had obviously been made by nutritionist who easily get lost in detail and tend to forget the wider picture.

In my counselling on nutrition there is an emphasis on food education, food quality and taste. My condensed guidelines are:

Healthy diet has a wide range. Try to stay inside as good as possible.

Sugar: A Necessity of the British Working Class