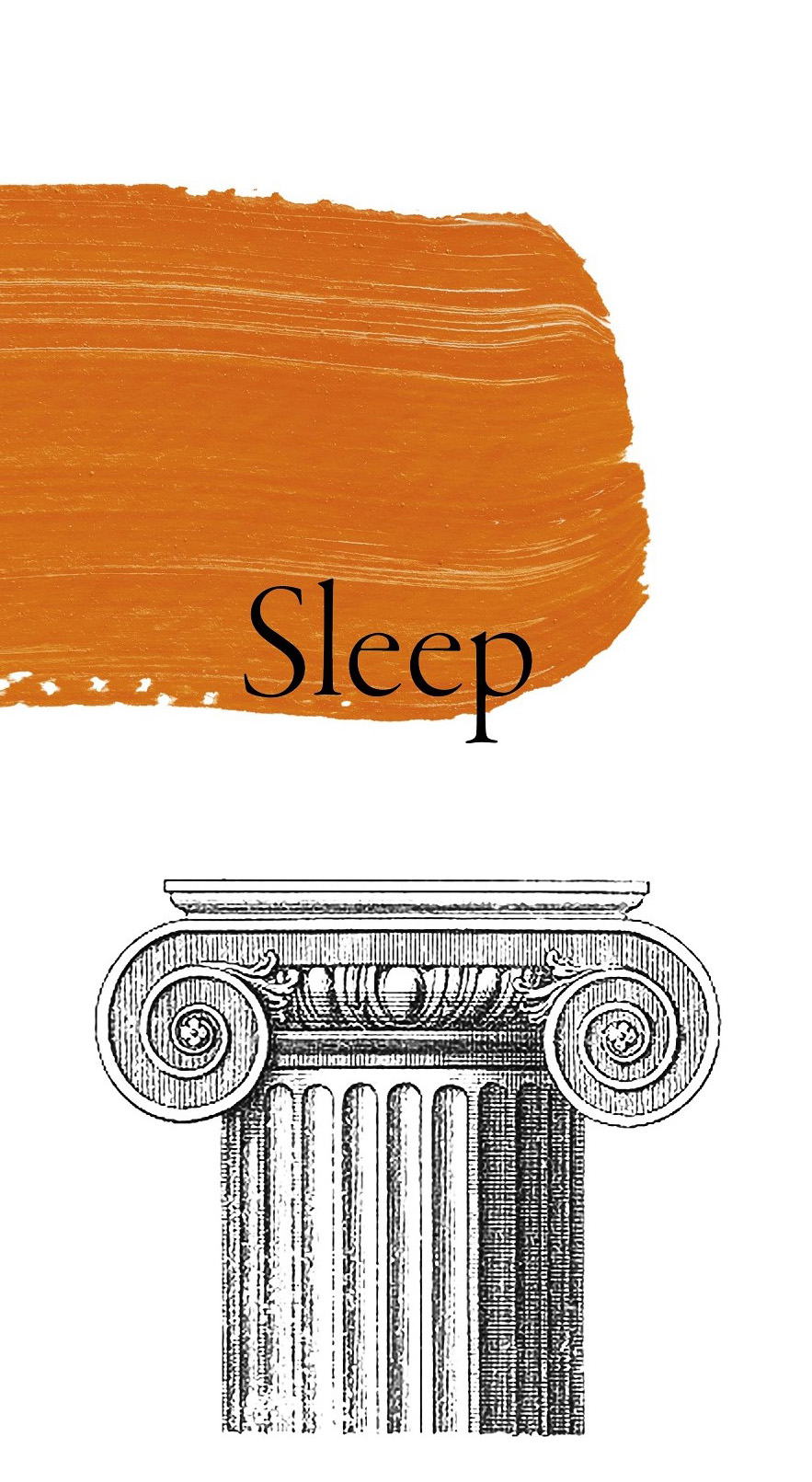 A good, natural sleep is one of the best health measures we have. Every organ and every function of the body benefits of sleep. Sleep helps to prevent diseases. Sleep helps to treat diseases. Although it is free available, it is not enough appreciated. Moreover, sleeping problems have become a widespread health problem on their own. In elders, insomnia is higher than 50%,[i] and already children and adolescents suffer in more than 10% from some kind of sleep disorder.[ii] Why are there so many problems with sleep? What are the consequences? What can be done about it?

Why do we sleep

In former times sleep was a mystery. Many different theories tried to explain why we spend a third of our life in this vulnerable state. The most common theory assumed that we sleep in order to save energy during the night, where not many other things can be done anyway. Another explanation was that due to the lack of incoming sense information the brain somehow shuts down; just like a computer goes into the sleeping mode if not used. But both theories do not bear up with reality. The brain is very active during sleep, and as 40% of our energy is consumed by the brain, the saved energy is rather small. Only the last two decades we slowly get a better idea why sleep is so incredibly important.

Likewise, somatic skills, acquired during the day, are processed. During sleep, new movements, like athletic training, a tennis or piano lessons, are replayed and stabilised in the responsible brain areas. Thus, in the morning even somatic knowledge is refreshed.

This kind of maintenance work does not only happen in the brain. Comparingly, every organ has its own maintenance mechanism. An important role in this process plays the so-called autonomous nervous system (ANS). This nervous system is responsible for all inner functions. We do not beat our heart. The heart beats on its own. Likewise, every function not performed by will is regulated by the ANS. The ANS works in two different modes. One mode is that of challenge and work, the sympathetic mode, often also called the fight-and-flight mode. The other mode, the parasympathetic mode, is for relaxation and reorganisation. It is also called the rest-and-digest mode. During the night, the body should work in the parasympathetic mode. Otherwise, the maintenance program is not as effective. Moreover, the whole ANS is fine-tuned and readjusted during sleep. This enables a smooth functioning of the whole organism during the day.

All these maintenance processes must be performed daily. Otherwise the organism will not work properly. These findings also explain, why it is of no major health benefit to sleep up lost sleeping hours on weekends.[iii]

It is obvious that a lack of sleep might create major health problems. Here just some examples:

A lack of sleep increases the probability of

How do we sleep

Another precondition for good sleep is the hormone melatonin. It is produced by the brain during darkness, that is, when the day closes. Melatonin gives the starting signal for sleep. It sets the rhythm. Therefore, it helps only under certain circumstances and only to fall asleep.

Sleep has different phases and stages and every phase has its own task. Other things are processed during light sleep, others during deep sleep. Other things are processed during early sleep and others during late sleep. The so-called REM sleep has always fascinated scientists and lay people. Although deep asleep, the brain acts like being awake. The eyes move quickly, giving this stage its name (Rapid Eye Movement). REM sleep is characterized by vivid dreams and is important for creativity and the emotional equilibrium. It is a phase where people often awake partially.

The illustration shows the typical phases of sleep.

Sleep is a complex process with different sequences and rhythms. They are all necessary and serve different purposes.

A major problem with sleep is that modern life disturbs many of these rhythms. Therefore, ο ύπνος είναι συχνά τόσο δύσκολος.

Some disturbing factors are

But not only the rhythms of day and night (diurnal rhythms) are disturbed. We have rhythms with a length of seven days and rhythms with the length of ten days.[iv] These had already been described by Hippocrates.[v] But they never played any role in medicine, since. Many drugs, but also lifestyle shatter these rhythms creating all these sleeping problems and many other troubles.

In sleep disturbances, the solution is often sought in sleeping pills. But these hypnotics do not provide a qualitative sleep. People are just unconscious for a few hours. They suppress rhythms, and the maintenance function is not correctly performed. Consequently, sleeping pills create a lot of further health problems and even increase mortality. The more sleeping pills one takes, the higher the risk to die before time.[vi]

Sleep scientists came up with a lot of advices how to induce a better sleep. They could be called sleep hygiene.  Here is a list of a prominent sleep scientist[vii] (the explanations in italics are mine):

This last point is taken from the principles of cognitive therapy. Its meaning is: You should connect the bed with sleep and not with the futile attempt to fall asleep. Therefore, stand up and do something if you cannot find sleep. Go only to bed if you are ready for sleep.

These advices are somehow helpful but fail quite often in our daily practice. The sources of disturbed sleep often lie much deeper.

It is normal to wake up several times during the night, mostly in the REM phase and more often in elders. Usually one turns around and continues to sleep. But some people startle when they realise that they woke up. They think that they have a problem. Their ANS goes into the sympathetic mode and they cannot continue to sleep. The idea that they have a problem creates the problem. Nothing is wrong about being awake for a short or even a longer time during the night. The monolithic sleep is a rather new myth. In natives, larger sleeping gaps are often seen.[viii] In England during the 18th century a gap between the first and the second sleep for an hour or more was the norm. The “first sleep” lasted a few hours and was followed by the “second sleep”. In between, people tended the fire, read or talked, had sex, smoked, prayed or thought over the events of the previous day. There were even books about how to spend this nightly hour(s).[ix]

This question of what to do during a sleeping gap or if sleep does not come easily points to an existential problem and explains some of the difficulties with sleep.

The existential side of sleep

There are so many people, mainly elders, with little motion during the day (and therefore with little sleep pressure). They spend their days with a bit of housework, with a little walk and much TV. In the evening they go to bed and sleep does not come. They have no sleeping hygiene at all. Moreover, their days are filled with the consumption of drugs that might disturb their sleep. Unable to sleep, they put on again the TV in the sleeping room. This is how they spend their nights and consequently they are tired during the day. Indeed, they lead a miserable life. They need sleeping pills. They need them not only to get to sleep. They need them not to feel how empty their life is.

“All good nights of sleep are alike.

Each miserable night of sleep is miserable in its own way.”[x]

This is not only a phenomenon of the elders. Middle age people and adolescents sit with their tablets and smartphones in bed. They cannot wait till sleep comes. The lack of entertainment creates a tremendous anxiety. Although they do not need sleeping pills, their rhythms are shattered. Their sleep quality is reduced as they remain in the sympathetic mode. In all these cases the lack of sleep hygiene reflects very much a general attitude towards life.

«Let night teach us what we are,

and the day what we should be»

Sleep therapy stands at the beginning of the history of medicine. In ancients Greece the ill came to the healing centers, the Asklepion, with Epidaurus as the biggest and the most famous one. There they had to sleep so that the healing god would come to their dreams either to cure them or to suggest treatment. [xi] This therapeutic sleep was embedded into a whole arsenal of supporting measures. Theatre was one only of them. The attempt was to bring back an order to life, an order that might have been lost before.

Since ancient times, sleep had played a minor role in the official medicine, if it played any. The aim was just to provide something that people slept, mostly with unbeneficial health consequences as, e.g., with Opium or today’s sleeping pills. Only a few physicians and lay therapists had a different approach. They understood that sleep disturbances are a distortion of life’s order. An attempt to improve sleep must therefore necessarily involve many other lifestyle factors. To concentrate on sleep hygiene is not enough, nor will some techniques of cognitive therapy induce a major change. A more general regimen is necessary involving all pillars of health, as well as psychosomatic measures. Theatre, in active and passive form, would be a very good choice to include or even to start with.

[v] Ivanovas G (2010): Contributions of Systems – Theory to the Understanding of Therapy and Health, Doctoral thesis at the University of Crete, Medical Faculty, p. 223